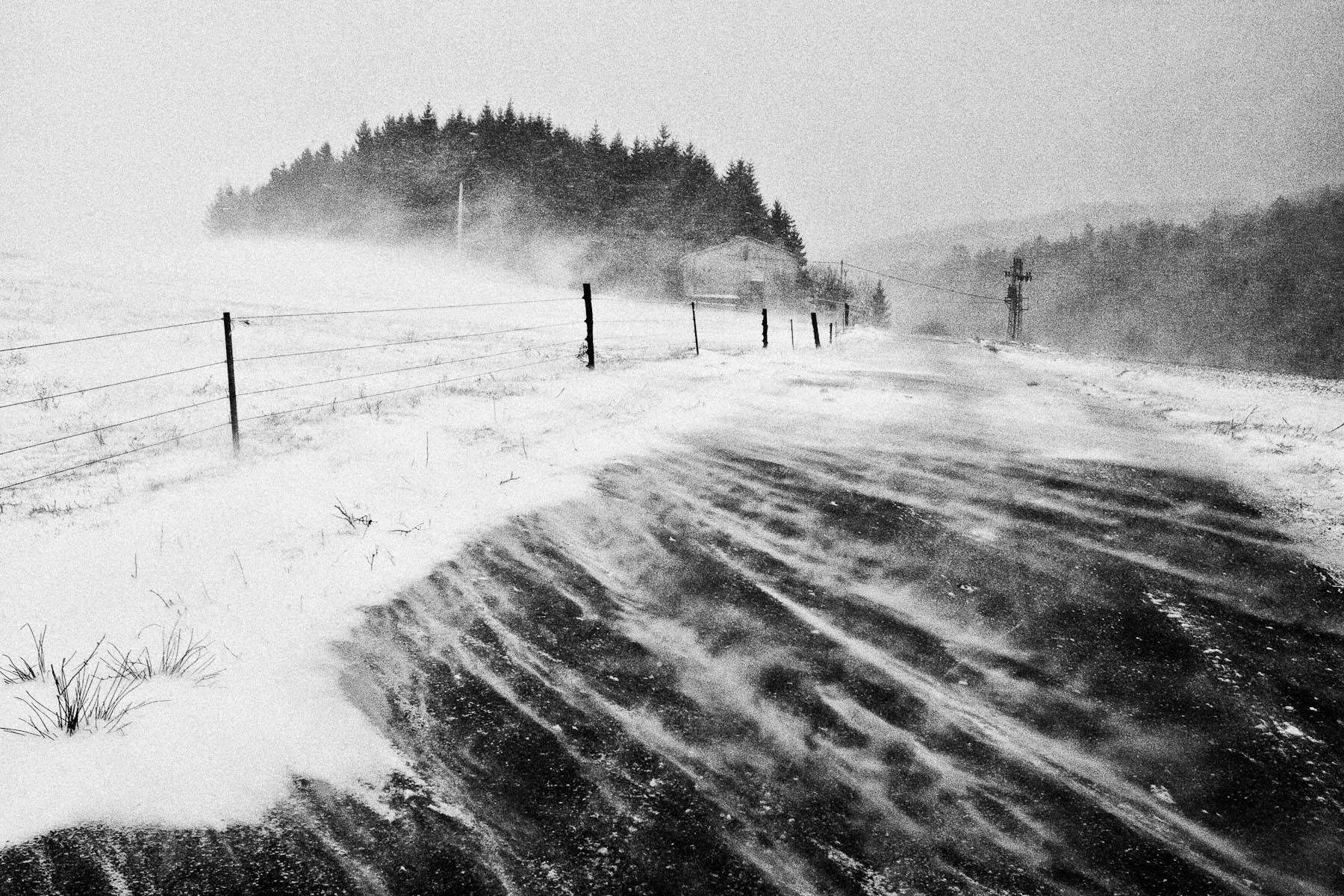 Extreme bora wind gusts at more than 130 kmph in Razdrto, Slovenia, on 10th March 2010. The Bora is a common gusty wind in the littoral regions of Slovenia. A large cyclone that moved through Europe in March caused its highest windspeeds on record, snowdrifts, closed roads and plenty of damage.