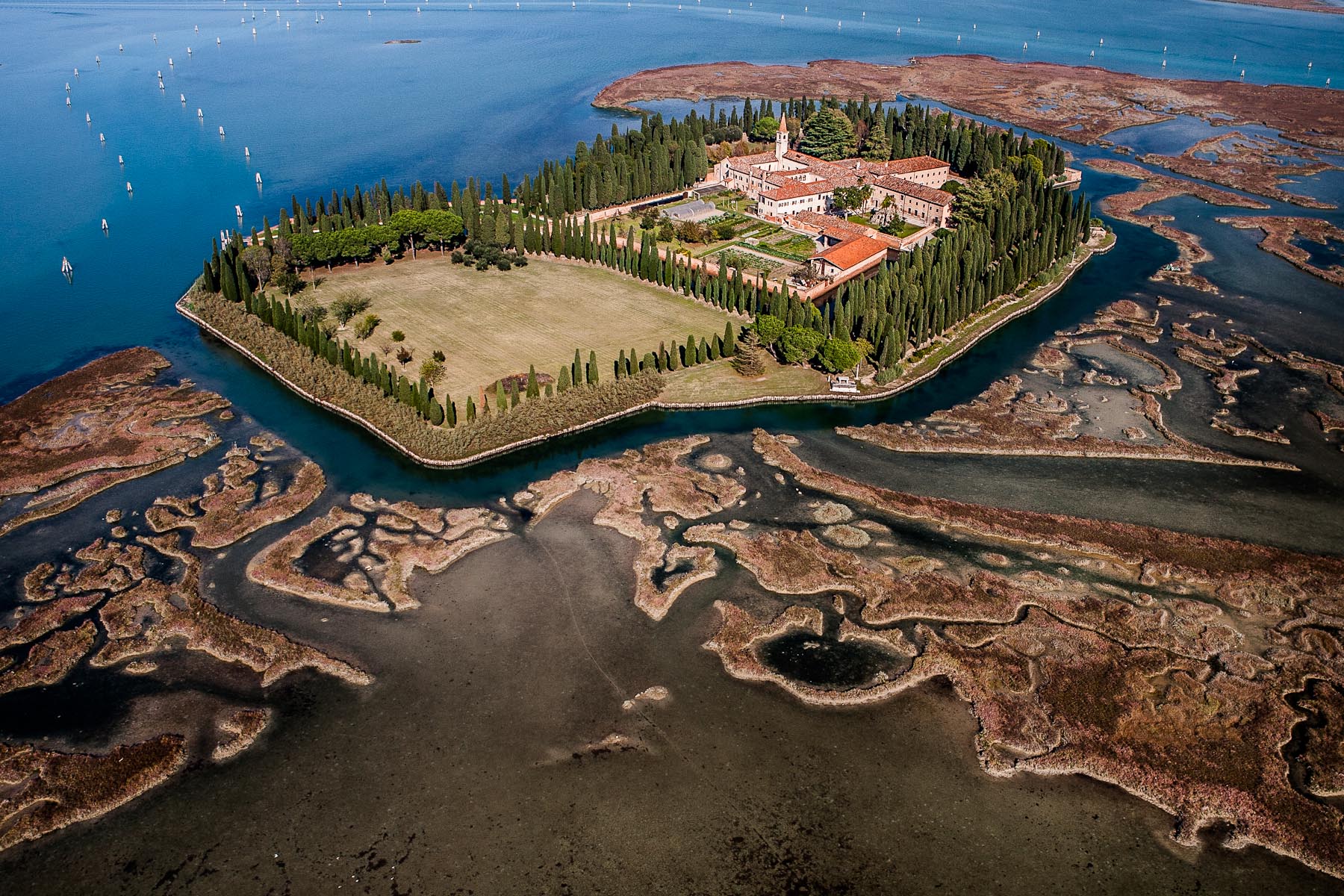 The salt marshes around San Francesco del Deserto island in the north lagoon have all been reconstructed by the Consorzio Venezia Nuova after they have completely disappeared mostly due to high tides. So far over 1,430 hectares of salt marshes have been recreated. Presently, most extensive reconstruction work is underway in the south Venetian lagoon to rebuild salt marshes and reinforce their shores to protect them from waves that erode them and eventually destroy them.