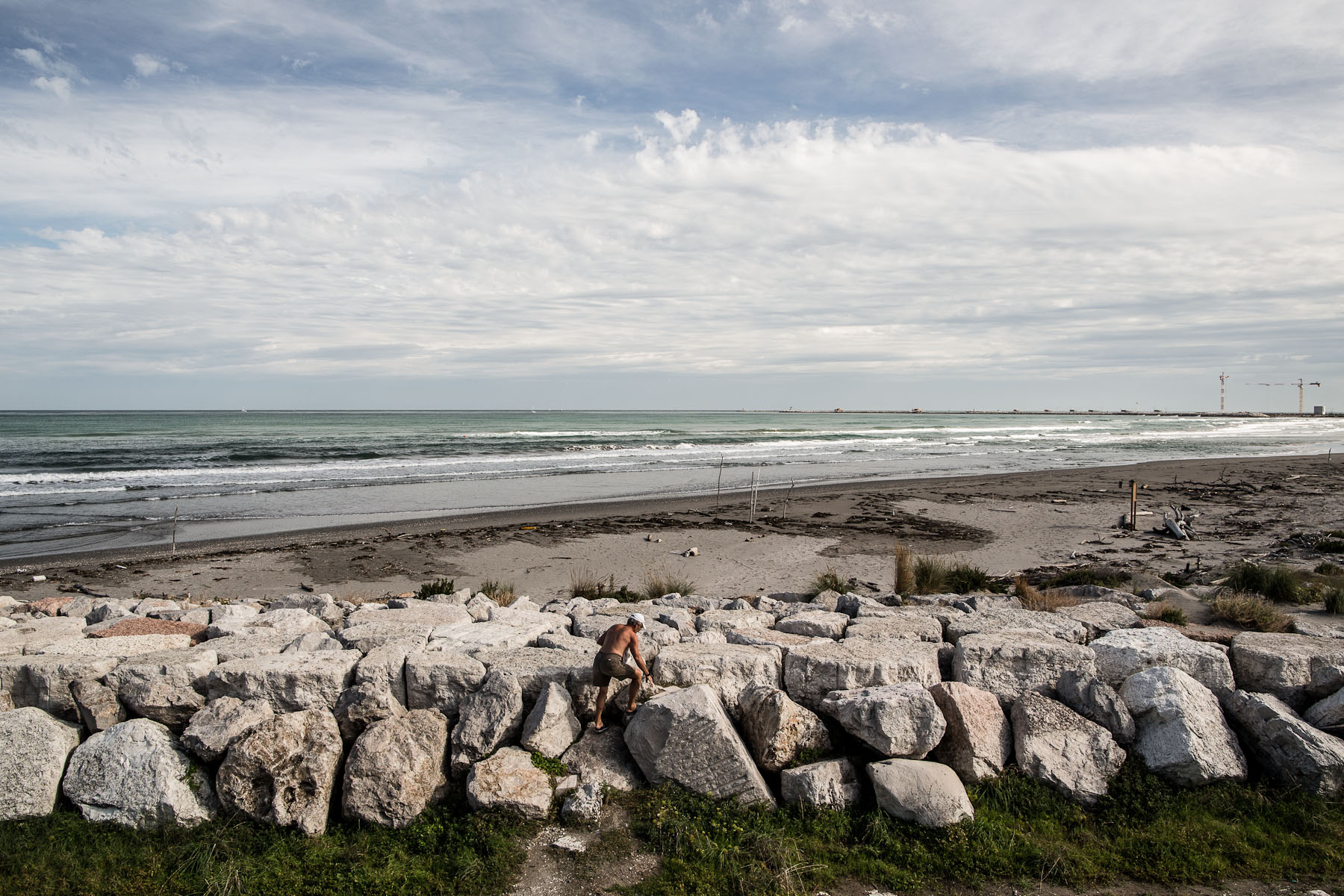 A man climbs over the final stretch of the murazzi wall on the Pellestrina island on September 27, 2012. The tip of the island breaking into the reinforced inlet has seen massive deposits since the inlets were reinforced. The sandy corner of the island became a safehaven for birds, and later officially named a bird sanctuary.