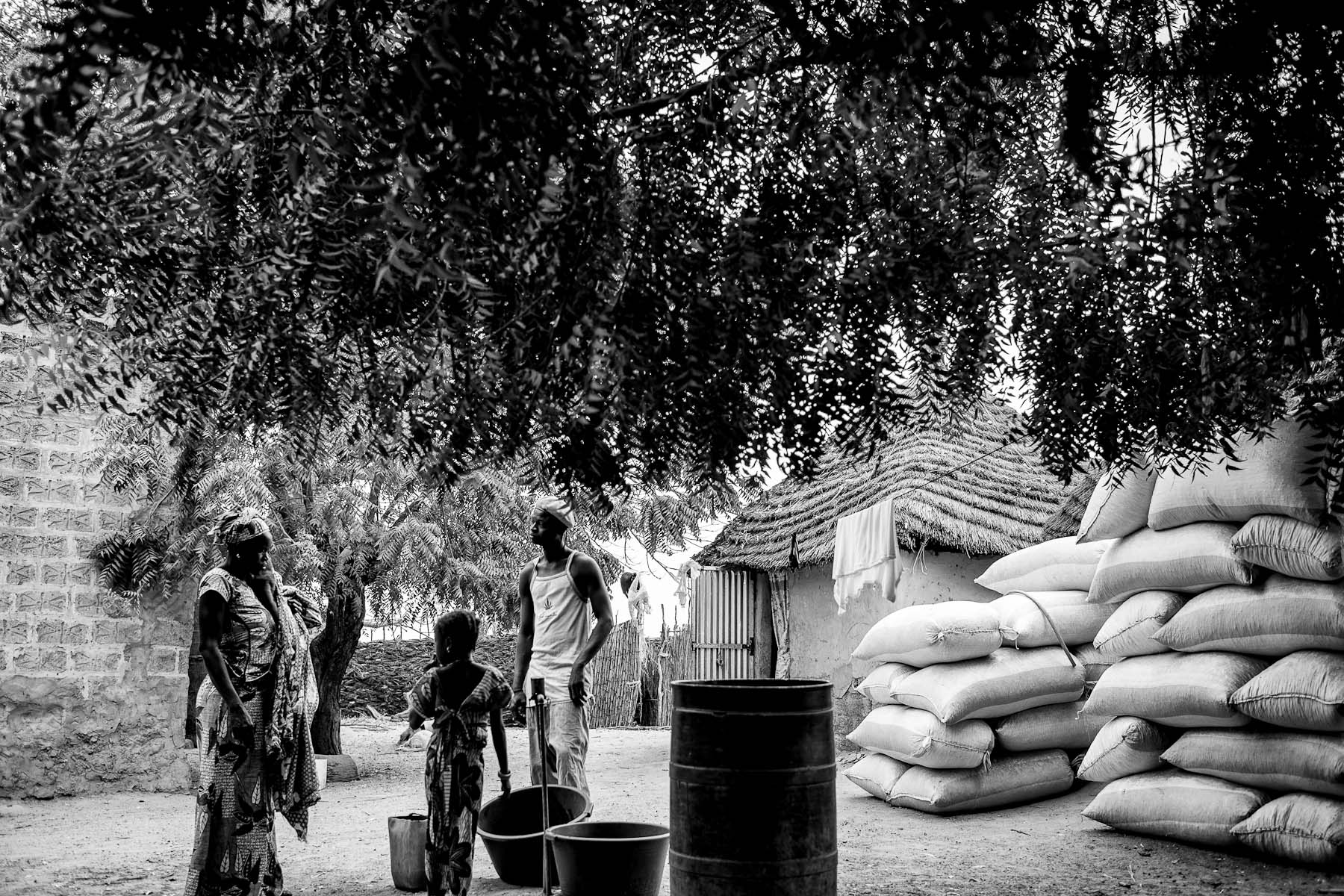 Family members of a local peanut producer who rents the land from the African Oil Corporation company stand in the courtyard of their home in Lamboki, Kaolac region, Senegal. Until 2013, the African National Oil Corporation was leasing the acquired land to other people who were using it to grow crops for their small scale production. Although conditions of the lease were not officially confirmed, some villagers are claiming that the lease annually provided the company with almost as much money as they had paid the villagers for their land. The practice of leasing the land has ended in 2013 when the company itself started using the land for peanut plantations.