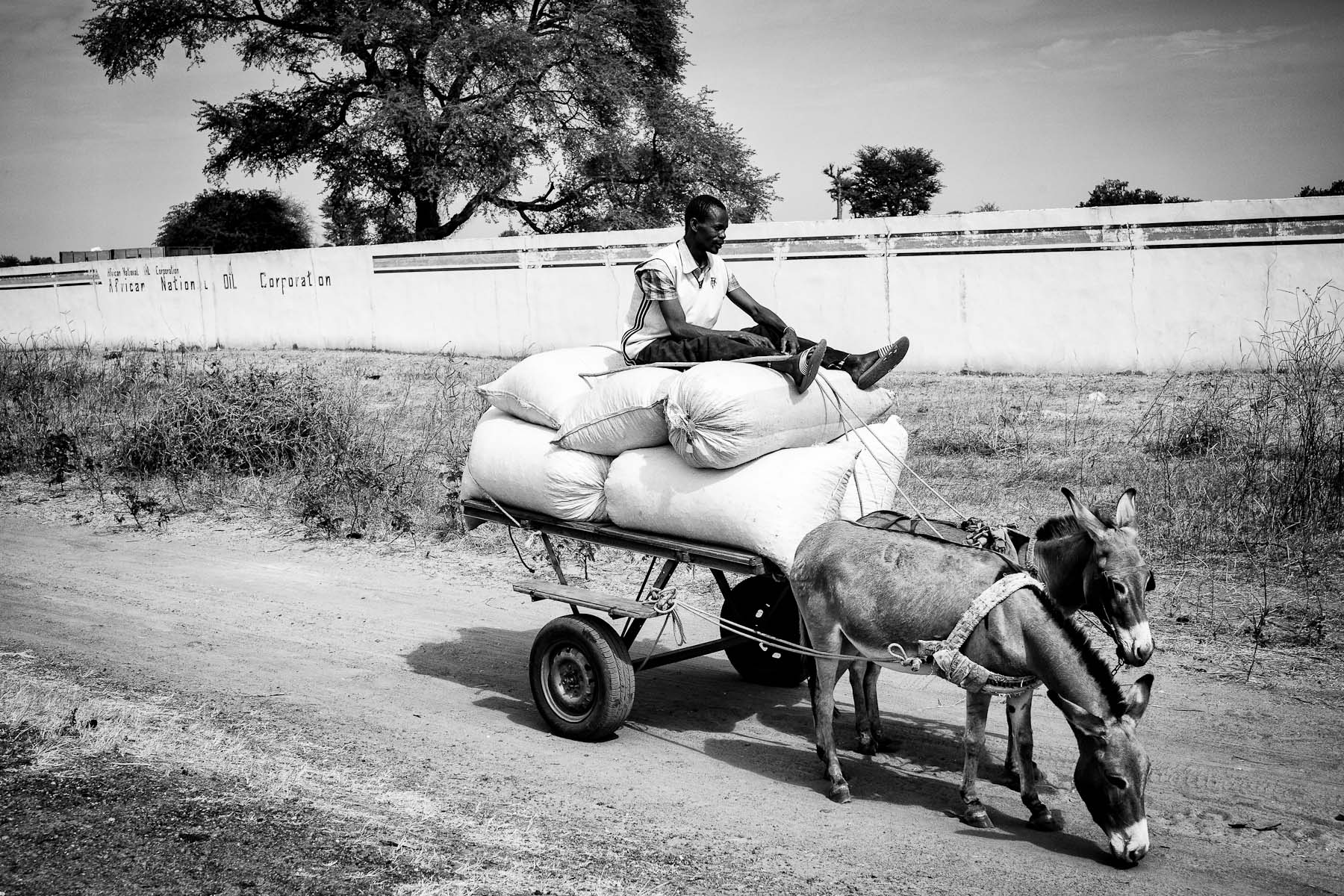 A man transporting peanuts passes the headquarters of the Italian company African National Oil Corporation in the region of Kaolac, Senegal, on January 10, 2014. The company first come to the region in 2007 aiming to buy the land for jatropha plantations for production of biofuels. Biofuels would subsequently also be used as fuel for cars in Europe. Since 2007, the company acquired a massive area of land by promising villagers that they will be regularly employed in the company, if they would sell more than 5 ha of their land. They did not keep that promise, leaving villagers without land to grow sufficient amount of food or to gain additional income.