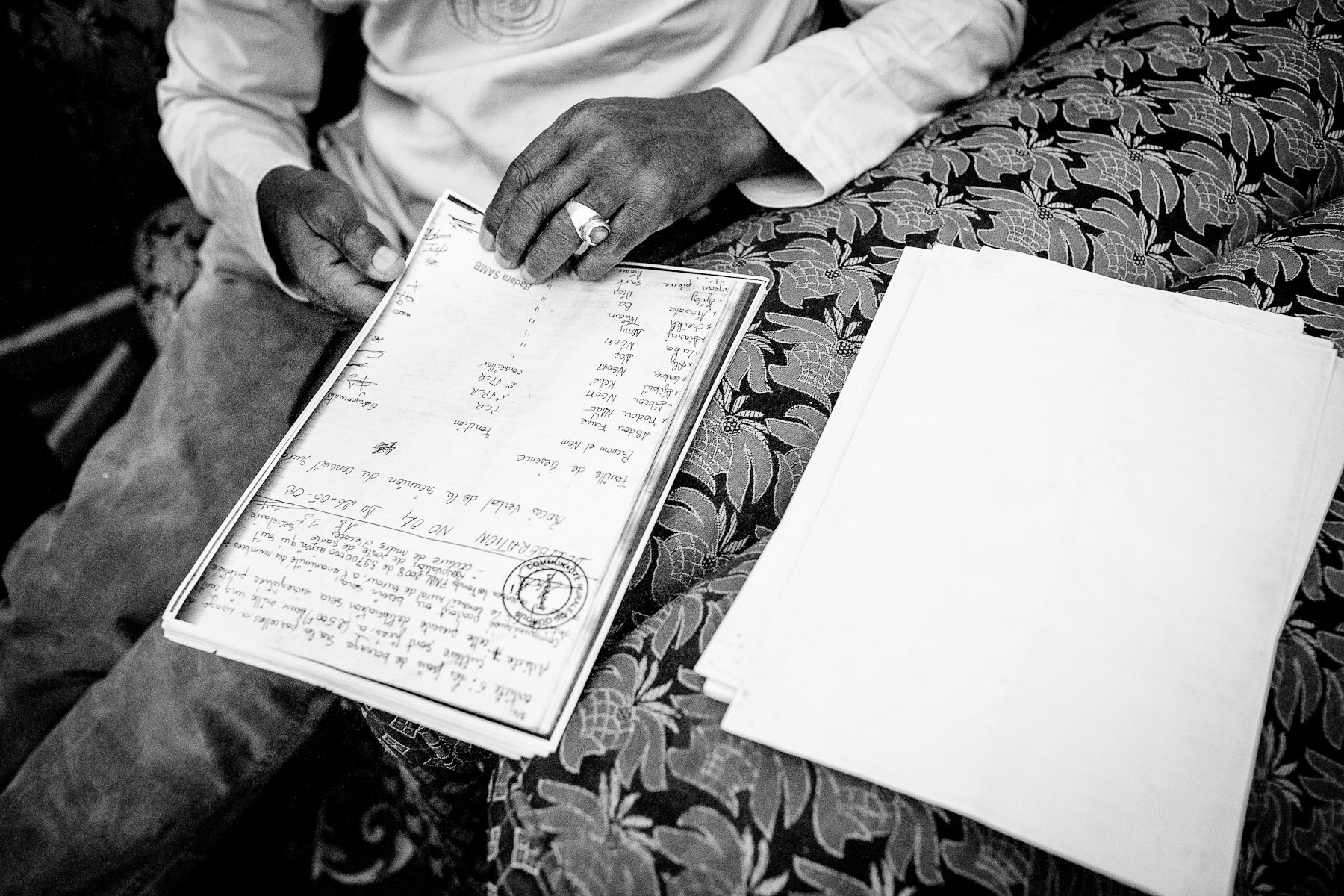 Banda Samba, ex-advisor of the local Council of the region of Kaolac, shows a copy of the document, noting and describing the land sold to the African National Oil Corporation, to members of NGOs in the town of Fass, Senegal. Banda was one of the first people raising concerns over illegal land deals and land grabbing in the region. He believes that this was also the reason he was put in prison for more than one month, allegedly on the grounds of “assaulting the Council”, but without charges or proper trial. While he was in prison, the local Council has been dissolved and interim special delegation responsible directly to the President has been put in place to govern the region. During that period, the original document describing all the land that has been sold has disappeared from the Council’s archives.