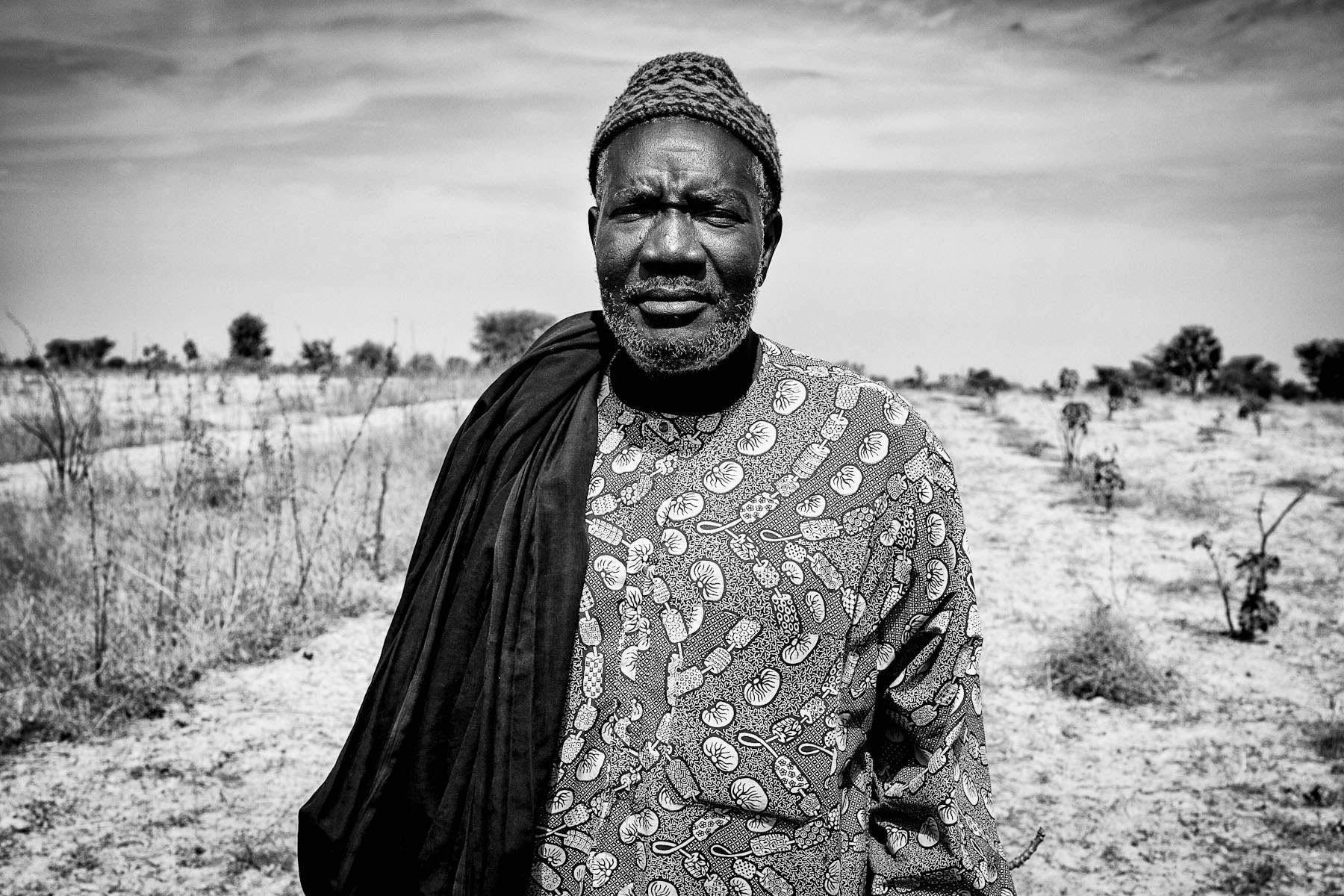 Mamadou Mambone stands on the land he has sold to the African National Oil Corporation near the village of Colobane after a woman from the region working for the company, persuaded him that the deal presents a positive development for his family and the village as a whole. Together with his brother, he sold more than 15 ha of land. Similar to others, they signed a blank paper, with which they allegedly sold the land. »A woman came and told me she is from the region, and that she has seen something good and wishes to bring this to our village; she promised that they will pay 20000 francs for 1 ha of land, but beside that the most important is employment they promised to provide us with« were the words of his brother, describing the way they were persuaded to sell their land to the company. Both, Mamadoue and his brother, have large families and regular income gained from employment would present much welcomed contribution to their families.