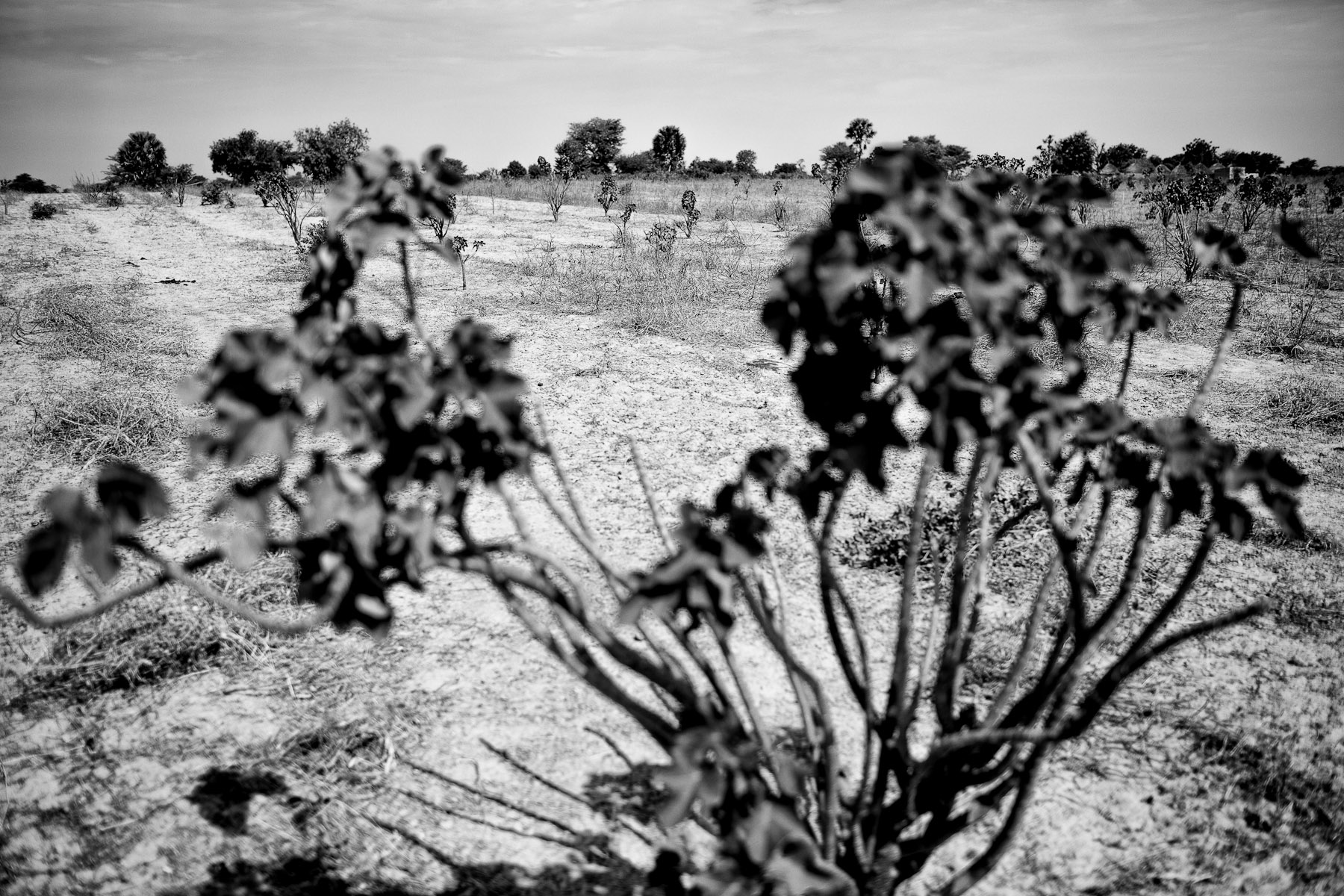 Jatropha plantation used for the production of biofuels by the African National Oil Corporation (ANOC) is seen near the village of Colobane, Senegal on January 10, 2014. ANOC started to operate with the explicit aim to grow jatropha plants used for production of biofuels, and has later expaned their production to peanuts as well. The company is just one of several foreign companies which have been stimulated by unsustainable biofuels policies (particularly European Union lead) to grow crops for biofuels in Africa. These policies are supporting the use of agricultural land for production of crops to fuel the cars, instead of crops to feed the people.