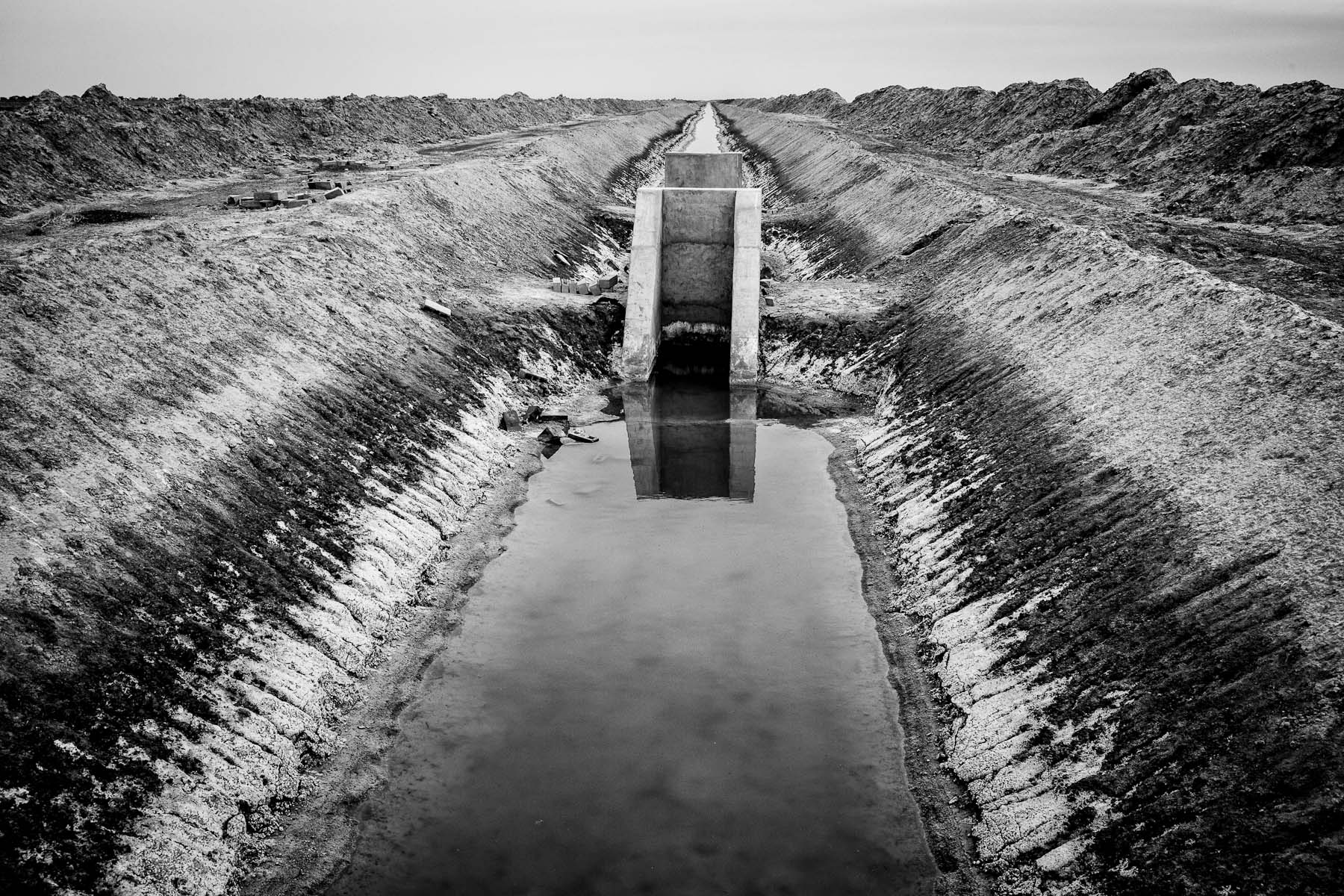 A channel used by Senhuile/Senethanol company as part of their irrigation system for watering their plantations is seen in the Ndiael region of Senegal, on January 9, 2014. In order to fulfil their irrigation needs, the company deepened already existing channels and built some new ones. Doing this, they made access to water for local population more dangerous and difficult. In 2012, three boys drowned after playing too close to an unsecured channel. However, there is no information whether the responsibility for their deaths has been established.