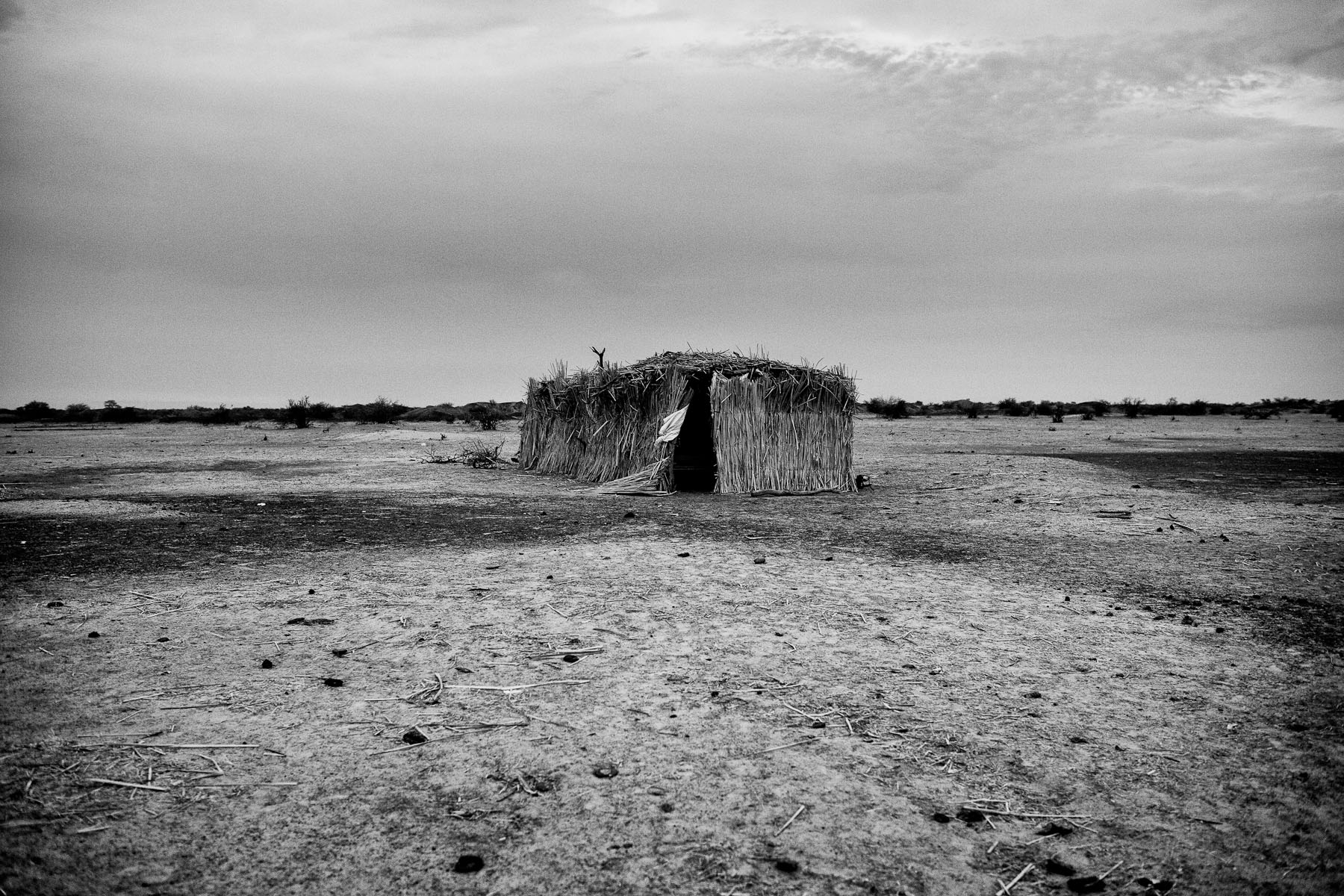 A new school built by the villagers due to lack of access to the former school in Ndiourki is seen in the Comoro Village on January 8, 2014. The villagers built the school in order to secure the basic education for their children after the Senhuile/Senethanol plantation had blocked direct access to a better equipped school with running water in the village of Ndiourki.