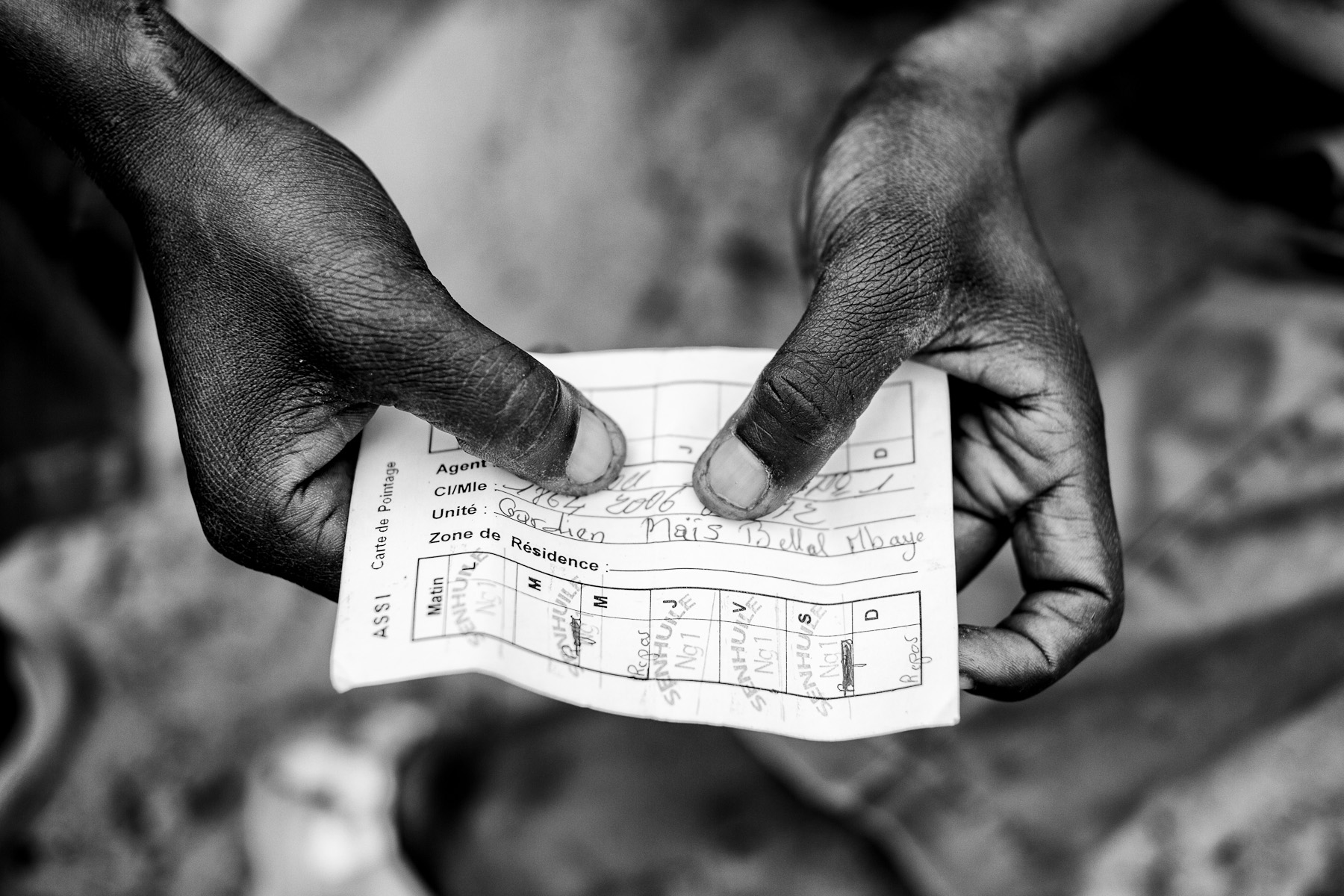 Employee in the Senhuile/Senethanol shows his presence checklist in one of the villages in the Ndiael region of Senegal, on January 8, 2014. The checklist serves as the basis on which the company pays him for his work. Out of 4500 jobs that were promised by the company, Senhuile/Senethanol is currently employing around 200 people, 20 of them are women. The man is employed as a guard, receiving payment of 3000 Senegalese francs /4,5 Eur/ for a day and 4000 Francs /6 Eur/ for a night shift. He does not have an official employment contract with the company; the company also does not pay social security or insurance for him. The payment is not regular and is often lower than promised.