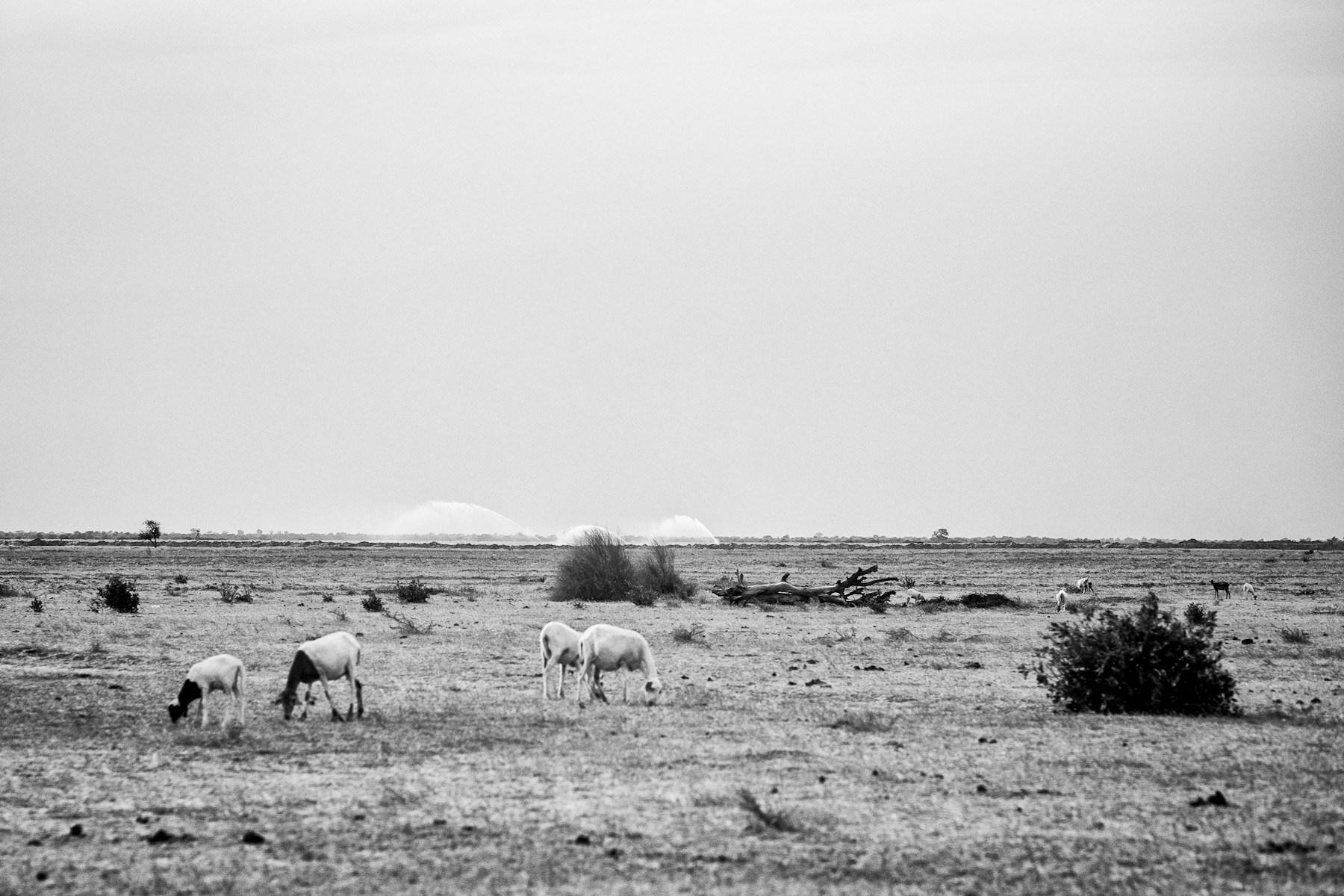 Water sprinkles water the plantations of Senhuile/Senethanol company, additionally burdening water security in an already drought prone semi-arid region of Ndiael, Senegal. The company first started operating in Senegal with a plan to produce crops such as sweet potatoes for biofuel production. After the unsuccessful attempt of the company to set biofuels business in the Fanaye region of Northern Senegal, where it was faced with strong resistance of local population, leading to the death of two local villagers, the company moved their operation to the current location in the Ndiael region. Doing so, they have only transfered the problem from one region to another. According to recen information the company has reoriented from biofuel production to growing maize and sunflowers for oil, but what exactly is grown on the plantations remains unknown.