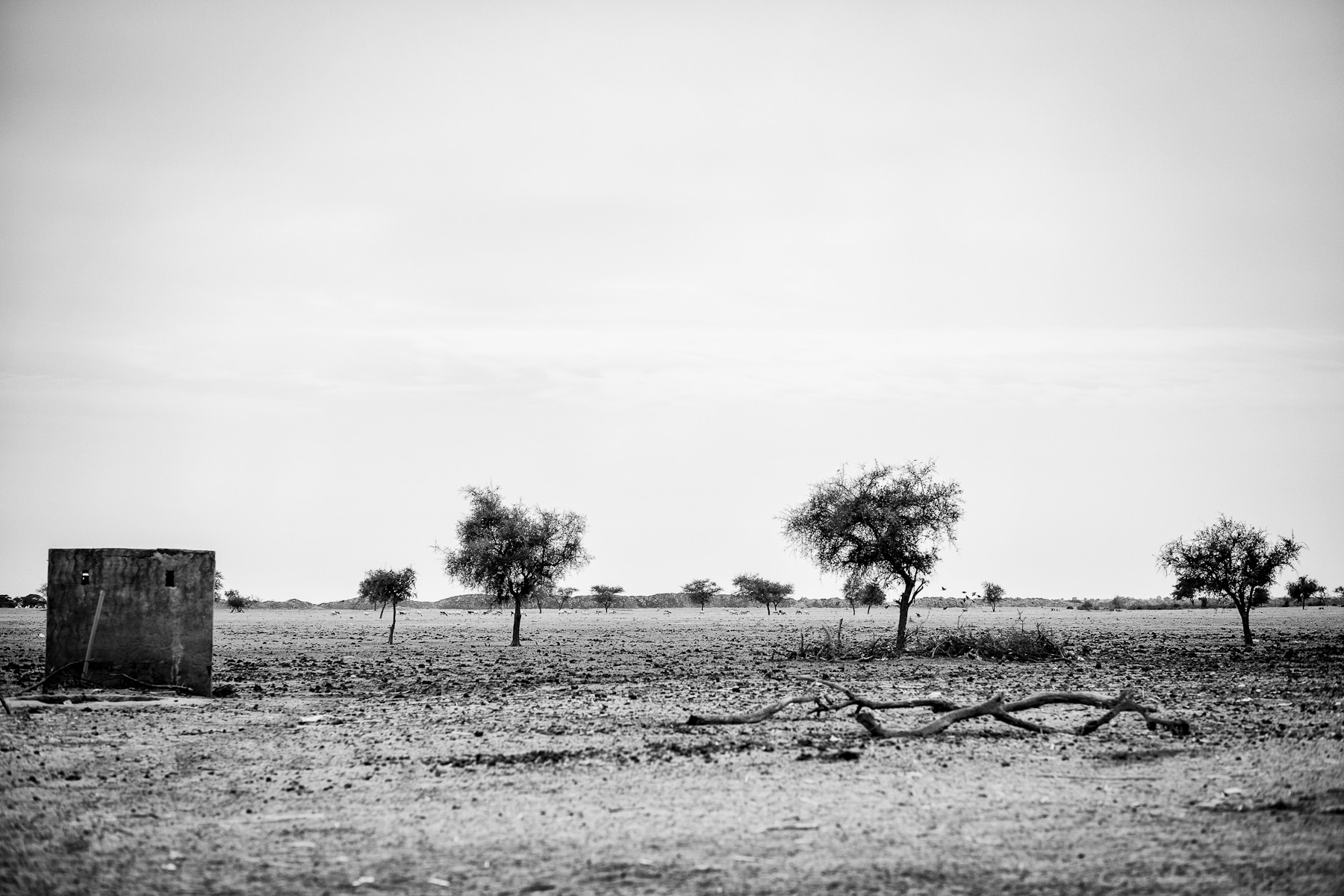 An embankment marking the plantations of Senhuile/Senethanol is seen 500 meters away from a remote village of Ndiourki, Senegal, limiting their traditional grazing land to a 500 meter strip. This has not only severely limited the space where the villagers feed their livestock, but has also affected their freedom of movement by blocking traditional passages among villages and access to water and firewood. In addition, the project causes fear of cattle possibly wandering to areas they previously grazed in, destroying crops on the Senhuile/Senethanol plantations and consequently being seized by the guards of the company.