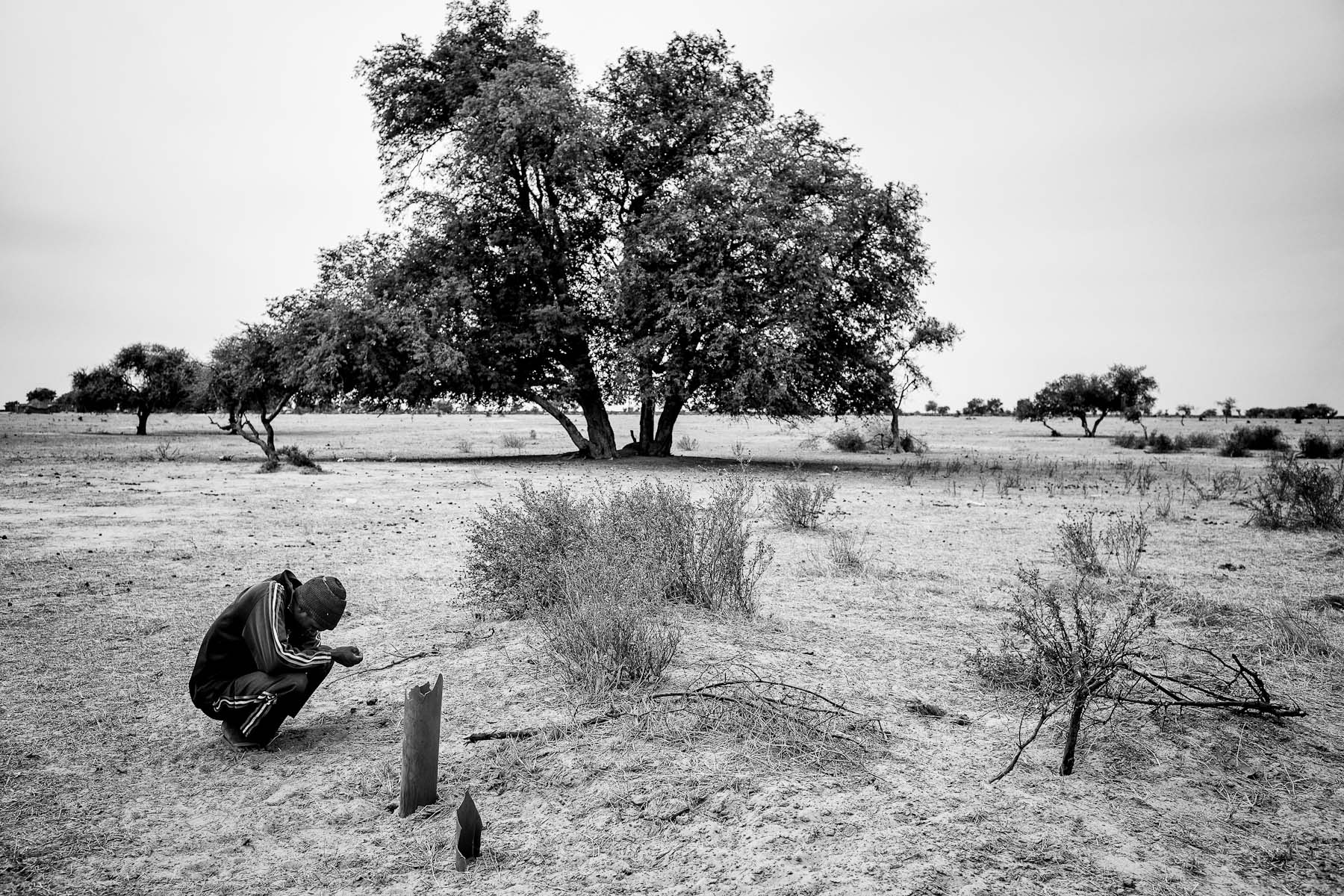 A man visits a graveyard on the outskirts of a remote village of Ndiourki in Senegal, on January 8, 2014. The graveyard remains one of disputed issues between the villagers of Ndiourki and Senhuile/Senethanol company that aims to clear the land for their plantations by cutting threes around the village, including - according to the villagers - trees marking their sacred land. All attempts of the company to cut down the tree in the graveyard so far were stopped by the villagers who physically protected the graveyard from its destruction. Buried here are also three children who died after falling into an irrigation channel used by the Senhuile/Senethanol company.