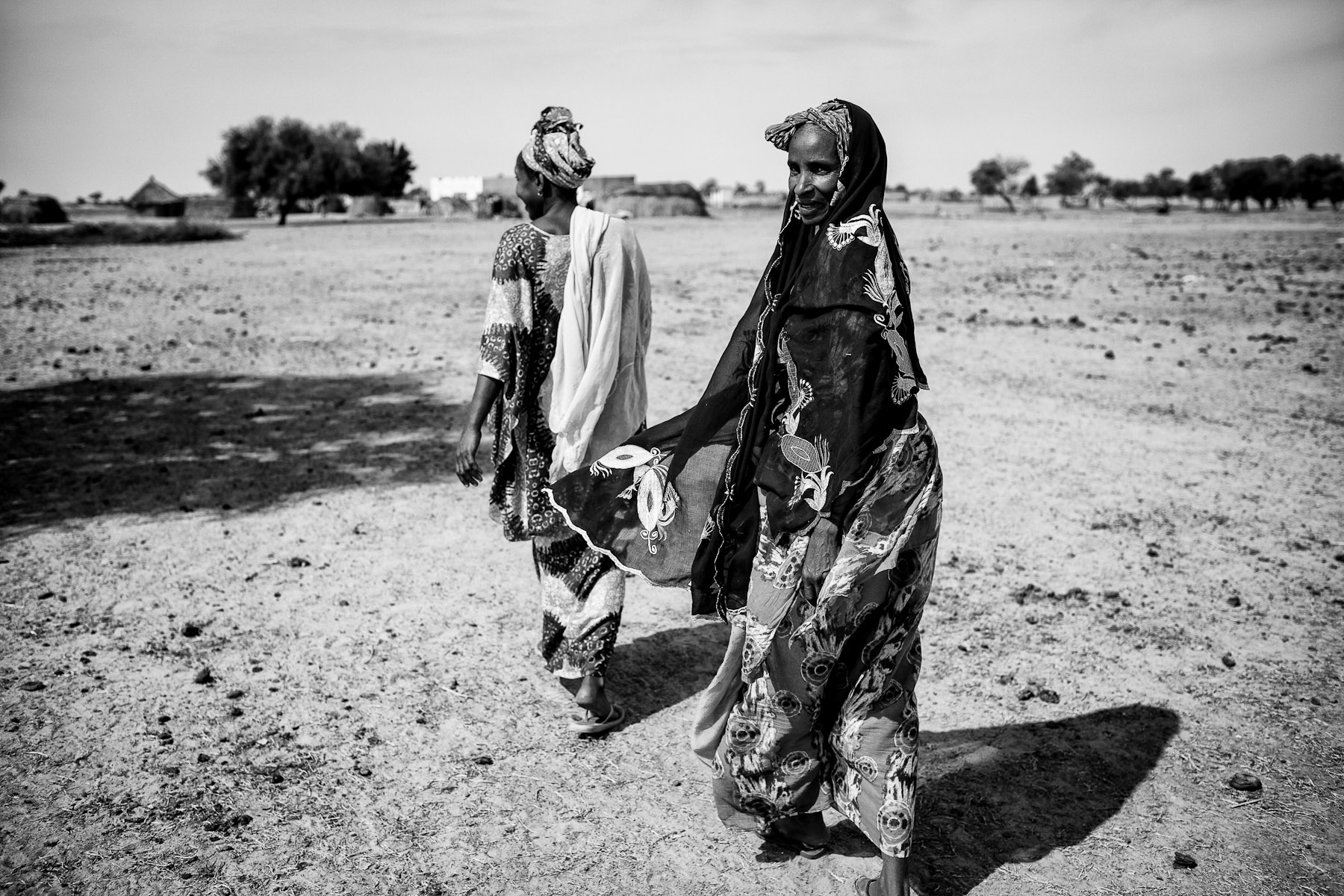 Women walk home to their village of Ndiourki, one of 37 Senegalese villages threatened to lose their livelihoods due to operation of an agribusiness company Senhuile/Senethanol. In traditional Peulh communities, when a woman is married, she receives cows to take care of and uses their milk and butter to feed their families or to gain small income. Due to lack of grazing land several animals died, depriving women of a means of subsistence and the slightest income they gain independently. The problem is summed up by Djeijnaba Sow, one of the women from the village, saying: “I had a cow, it died … I had a goat … it died, I had a sheep, it died, leaving me with little animals for my survival”.