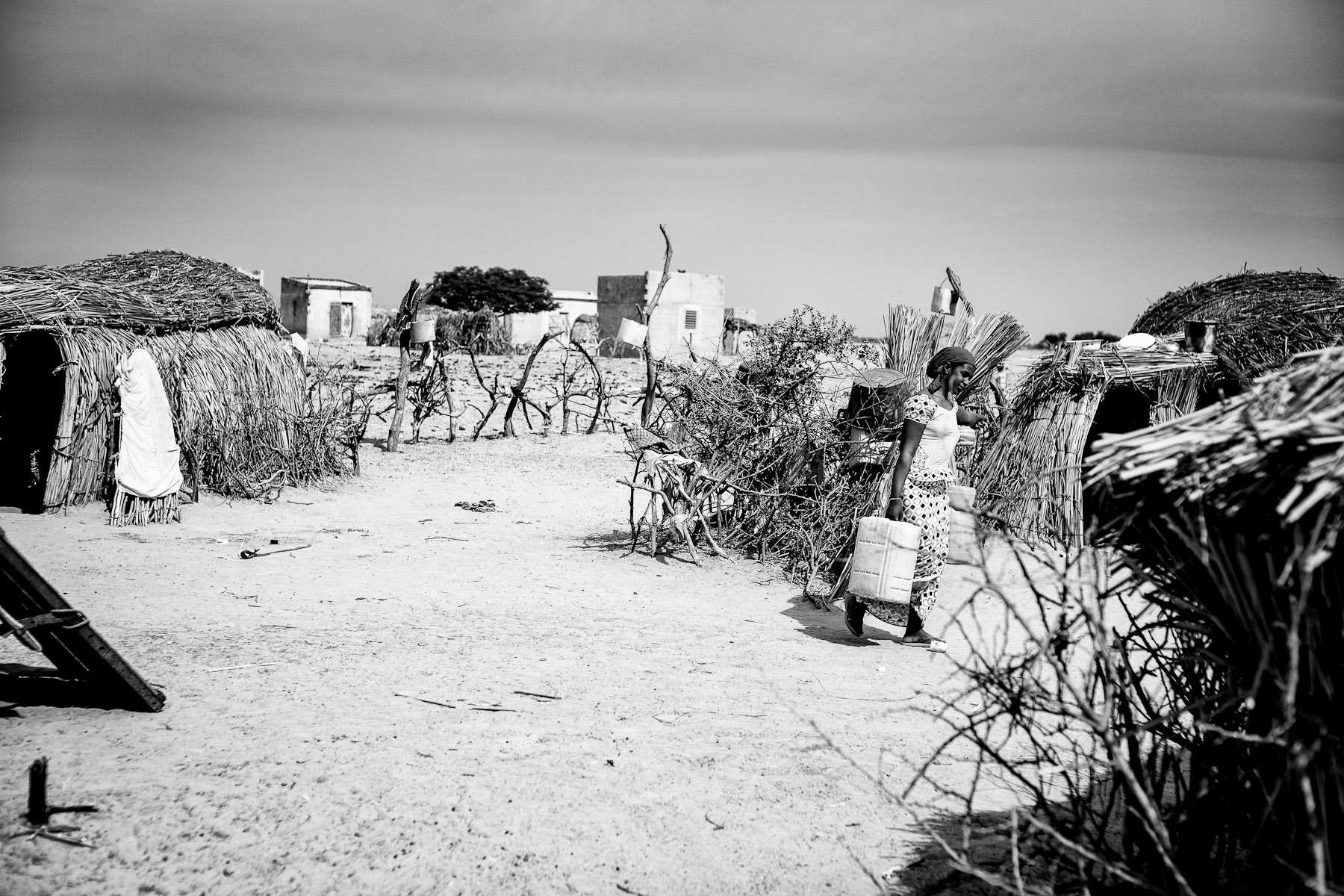 A woman carries a canister of water in a remote village of Ndiourki, Senegal, on January 8, 2014. Ironically, out of 37 villages in the immediate vicinity of Lak de Guiere, which provides water even for the city of Dakar, only 3 villages have access to portable drinking water. Others are fetching their water from wells, water channels and the lake. The Senhuile/Senethanol operation in the region blocked traditional paths to the water, forcing villagers, particularly women, to take longer routes to get to their water source, thus increasing time and energy they spend daily for this task. In a governmental attempt to improve the access to drinking water and preserve the lake, several villages are to be included in the plan for improvement of access to drinking water, which foresees building several water pipelines to the villages, providing them with portable water. However, according to the assumptions of the villagers, who are still not connected to the water system, the implementation of the plan has been delayed, since the government is waiting to reach the consensus with the Senhuile/Senethanol about interfering with the land the company is renting.