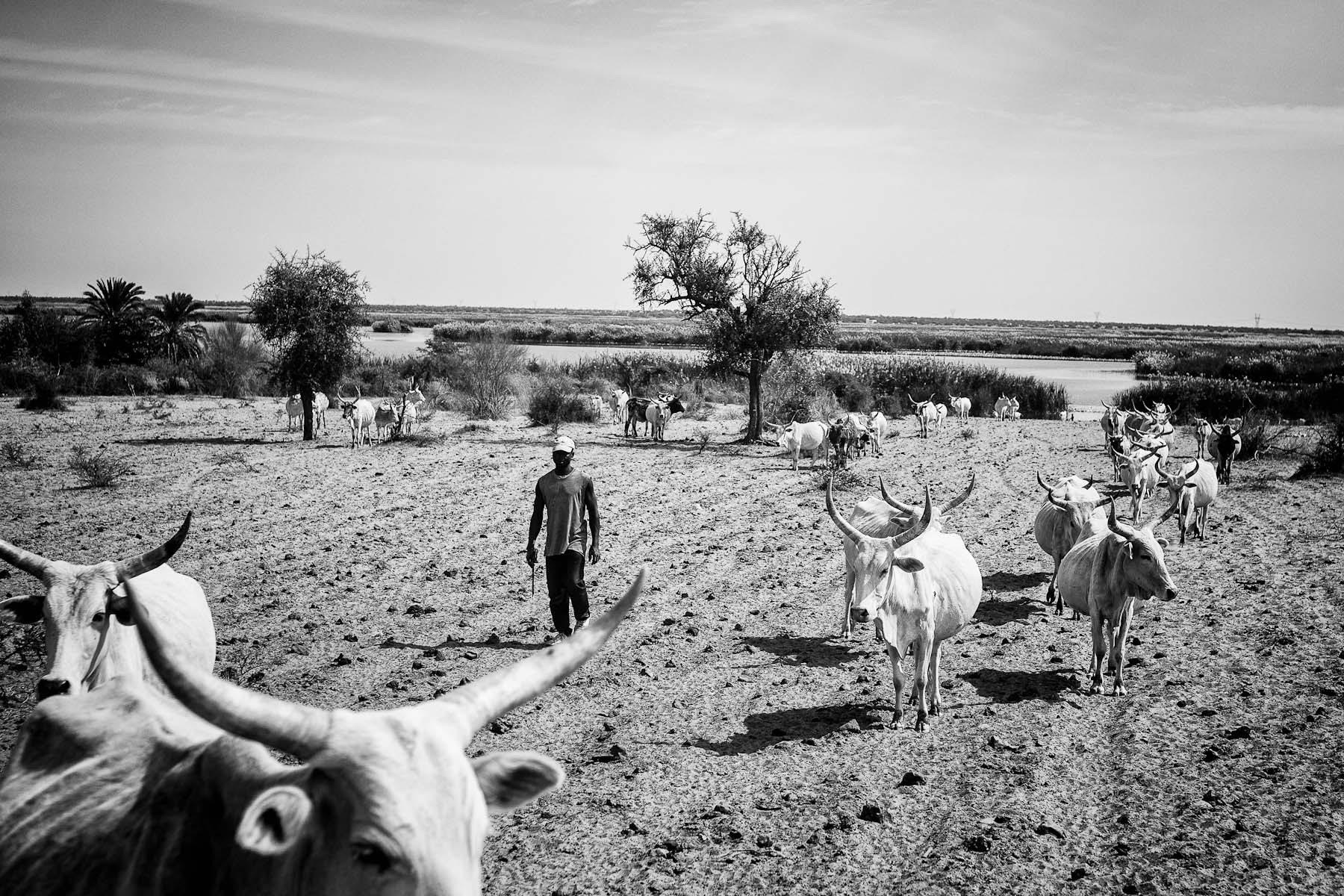 A man tends to his cattle next to the lake Lak de Guiers, which provides water for a big agribusiness company Senhuile/Senethanol, January 8, 2014. The company gained a lease for 20000 ha of land near the lake, where pastoral communities have been living for several centuries. The company is using the land for growing crops which require massive amount of water for irrigation, thus placing additional pressure on already low level of water security in the semi-arid zone. In addition to irrigation needs, the problem of water security is also exacerbated with inefficient irrigation due to inadequate systems used by the company, which are causing large quantities of water being evaporated daily.