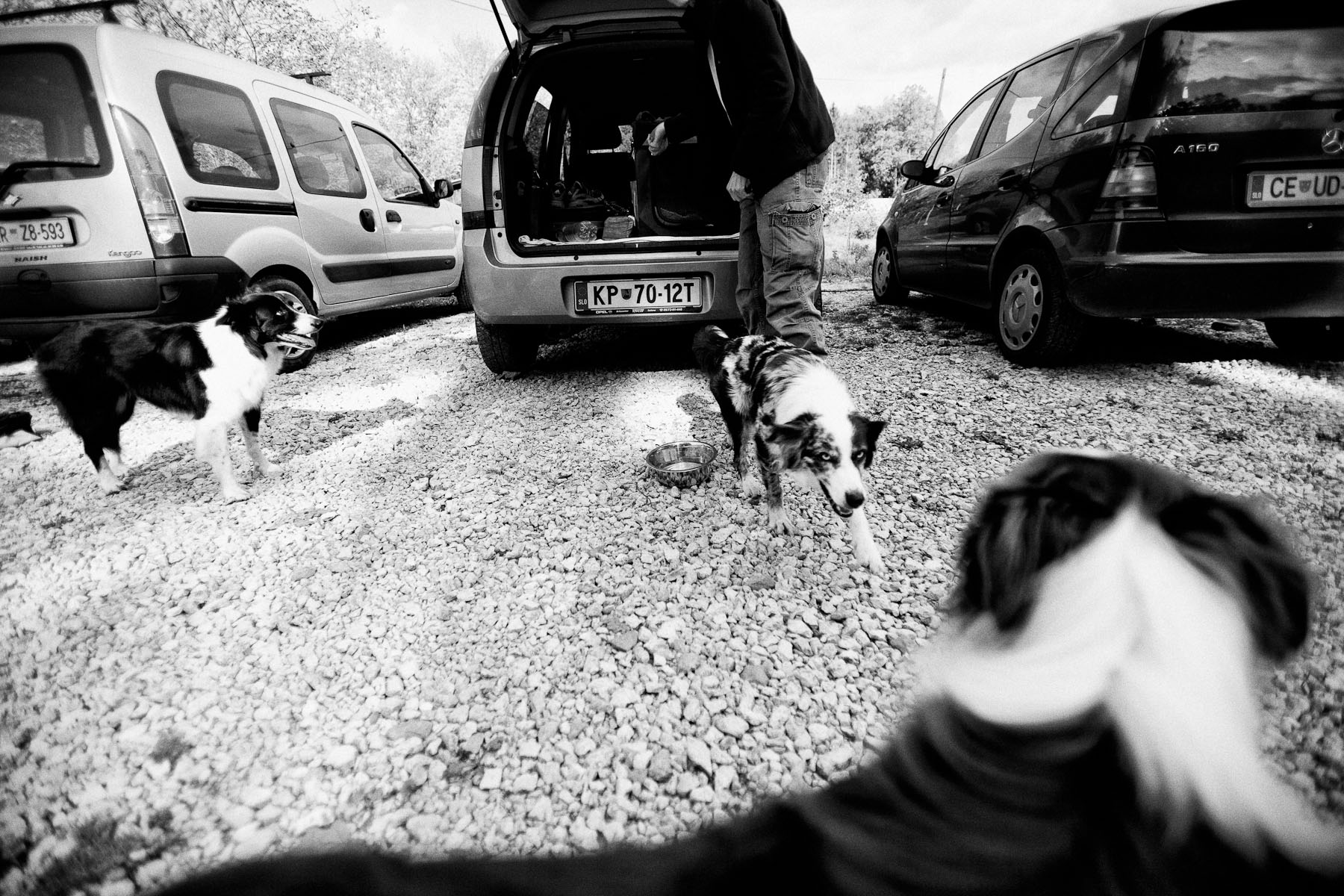 Oli confronts Bamm Bamm while Lyra peacefully watches by the side after a seminar Jean lead in Celje, Slovenia, October 24, 2010. There are tensions and occasional quarrels between the three dogs living together, usually initiated by Lyra. She was the first in the "family" and she's not very tolerant to the other two. Oli's occasional confrontations with Bamm Bamm are more of a bluff. Bamm Bamm knows it and doesn't react.