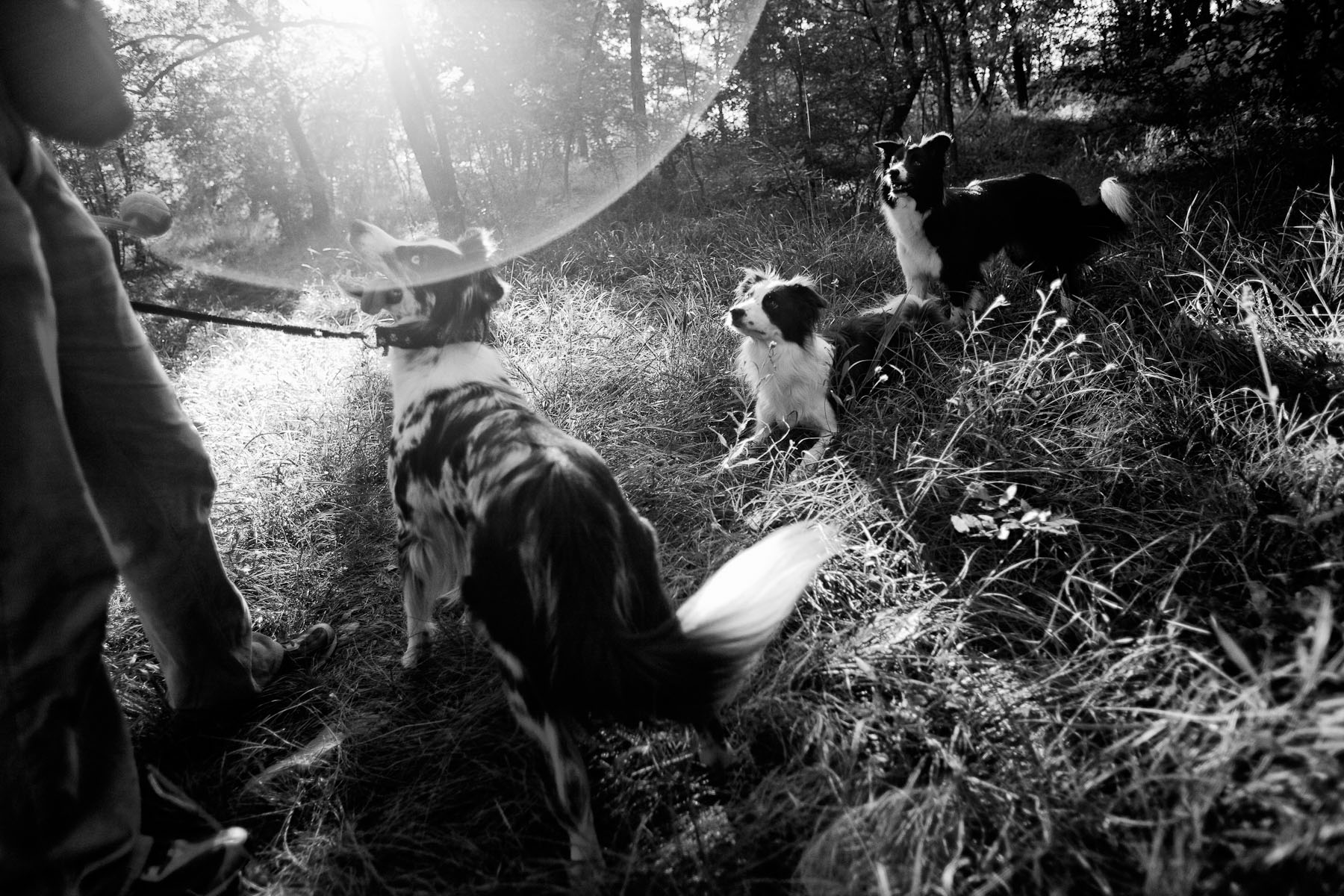 Lyra, Bamm Bamm and Oli usually chase after a ball on their walks in the Karst region of Slovenia. Jean throws them with a ball tosser. Lyra almost always gets the ball, unless Jean puts her in a down stay so the other two have a chance. There are never fights, because Lyra tolerates Oli and will let her take the ball from her, and Bamm Bamm is so intimidated by Lyra that he doesn’t even try to go for the ball if she is in the game. Brje near Kopriva, September 15, 2010.